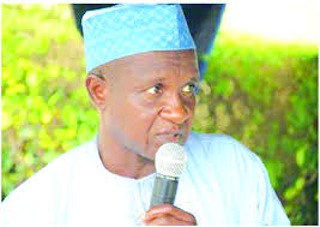 The President of Academic Staff Union of Universities (ASUU), Dr Nasir Isa, on Monday called for the adoption of a socialist welfare state as against the current capitalist system in Nigeria.

Isa made the call at news conference in Calabar.

He said this would guarantee public ownership of Nigeria’s assets for effective and equitable distribution.

Nasir also said that the socialist system would require a new constitution to back it up.

“The adoption of a socialist welfare state will be reinforced with decentralisation of legislative and executive powers and a general acceptance of contractual non-concentration of power.

“Therefore, it is imperative that all forces committed to the reconstruction of Nigeria, led by the labour movement, begin immediately to embark upon popular political education.

“The reconstruction of Nigeria into a socialist state is the true alternative to enslavement to global liberalism,” Nasir said.

He explained that there was need to adopt a developmental model that would make the majority of Nigerians the key subjects and objects of development process.

“There is need for a genuine people/workers’ party, organised with full lessons from the past.

“The party must be organised to meet the challenges of forging the building of a Nigeria where nations and individuals live in freedom and happiness. This is where we stand.”

The president said the union was opposed to the convocation of the National Conference: “It was conceived without a democratic national debate and affirmation through a legitimating procedure.”

He blamed the current “social insecurity” in the country on the global capitalist economy, adding that “the system is marked by inequality and unjust distribution of resources.”