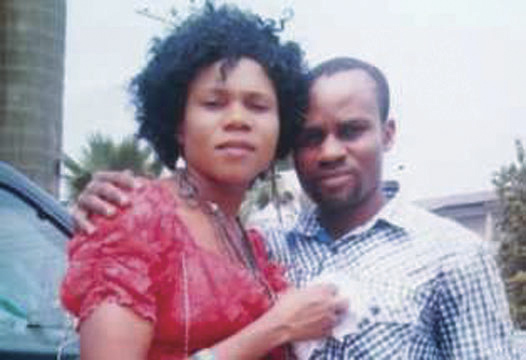 A man who allegedly stabbed his estranged lover to death for refusing to marry him has been charged with murder before Ebute Meta Magistrate’s Court in Lagos State, western Nigeria.

P.M.NEWS gathered that Effiong met Gift, a fashion designer, in Lagos last year and they later became lovers.
Sources said that Effiong got angry after Gift turned down his proposal to marry him when they were in the hotel room. The suspect in annoyance allegedly used a scissor he had with him to stab Gift on her breast and armpit.

Gift bled profusely and was rushed to a hospital where doctors attempted to save her life. She, however, died a day later and her corpse was deposited at a hospital for an autopsy report.

It was gathered that after committing the crime, Effiong fled but he was caught and handed over to the police in the area.

The police later transferred the matter to the State Criminal Investigation Department, SCID, Panti, Yaba, for further investigation. When the matter came up at the court, the suspect’s plea was not taken.

The presiding magistrate, Justice F.J. Adefioye, ordered him to be remanded in prison custody at Ikoyi, Lagos.
The court also ordered the prosecutor, Mrs Iyobosa Onaiwu, to duplicate the case file and send it to the Directorate of Public Prosecutions for advice.