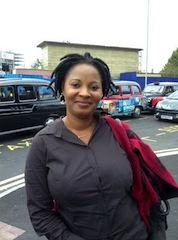 Top Nollywood actress, Moji Olaiya has debunked a rumour making the round that she is set to marry an unidentified Alhaji.

Recently, speculations were rife that plans were in top gear for the marriage while the‘Alhaji’ is also set to sponsor her on holy pilgrimage to Mecca to perform this year’s hajj.

“The rumour is not true at all, it s just the work of some mischief makers in the industry. Who is the so called Alhaji? What is the issue about a marriage? If I want to marry, you people will be definitely and appropriately informed,” she submitted.

She added that perhaps the rumour is a result of her conversion from Christianity to Islam. May be that is why the rumour mongers and evil perpetrators are cooking up the falsehood.

Speaking further, “to convert to Islam is not an issue to me; my mother is a Muslim and as an adult, I have every right to belong to any religion of my choice,” she opined.

She however declined comment on her previous marriage which was reported to have crashed after four years over an unexplained issue.