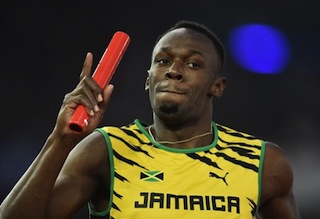 Olympic champion and world record holder Usain Bolt won his first 100m of 2014 on Sunday in an exhibition race run on Rio’s iconic Copacabana beach, two years out from the 2016 Olympics.

The Jamaican superstar won in a time of 10.6sec although Bolt had predicted a sub-10sec time when he faced the press on Friday.

Britain’s Mark Lewis Francis (10.42sec) and Jefferson Liberato of Brazil (10.44sec) shared the podium with Bolt who, after an injury-hit season, was running his first 100m since Brussels in September last year when he won in 9.80sec.

The 27-year old Bolt will compete in his final Olympics in Rio in 2016 before calling time on his career in 2017 after the world championships.