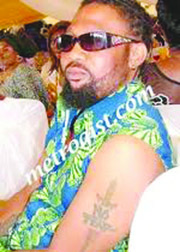 Top Nigeria’s music and movie personalities are ready to honour prolific movie producer, Goriola Hassan, on Sunday, 24 August as he celebrates his birthday as well as the premiere of his new effort, Itan Baba Agba, a television series.

The two- in- one event will climax with Abass Akande Obesere, Wasiu Alabi Pasuma on the band stand to thrill guests. “Apart from celebration of my birthday and premiere of my new work, Itan Baba Agba which is the first of its kind in Nigeria, it will be a gathering of showbiz gurus who have contributed to the development of the industry.. It’s definitely going to be fun,” he enthused.