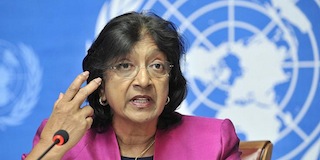 Between March 2011 and April this year, 191,369 people were killed in war-ravaged Syria — more than double the last toll provided a year ago of 93,000 dead, Pillay said in a statement, warning that the new number is likely an underestimate.