Kashamu still wanted in US for drug charges 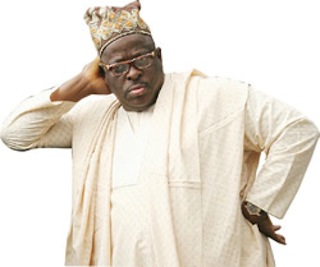 Alhaji Buruji Kashamu, a chieftain of the ruling Peoples Democratic Party (PDP) and self styled chief mobiliser of the party in the Southwest is still wanted in the United States on drug charges, a report in The Cable, an online publication said.

Kashamu had before now claimed that the drug case against him in the United States is a case of mistaken identity which he is challenging in court.

He had also refused to honour invitation to personally appear in the US court to clear himself of allegations of involvement in the importation of heroin to the US and has challenged the order that he should be extradited to the US.

But The Cable reported that Kashamu, has failed in his bid to stop the US from prosecuting him for allegedly attempting to import heroin into the country 16 years ago.

According to the medium, the United States Court of Appeals for the Seventh Circuit last Monday refused to accede to an “order of mandamus” filed by the PDP chieftain on August 18, 2014 to stop his trial.

Documents from the US court published by the newspaper indicated that the the Northern District of Illinois, Eastern Division in case No. 94 CR 172-15, put two options before Kashamu as a way of clearing himself of the drug scandal.

“One is to return to the United States to stand trial, and at trial (or in pretrial proceedings) renew his motion for dismissal on the basis of the speedy-trial clause; were the motion denied and he convicted, he could challenge the dismissal on appeal. His other possible recourse is to obtain from us, as he is trying to do, a writ of mandamus ordering the district court to dismiss the indictment”.

The court said the PDP chieftain did not want to risk coming to the US to clear himself of the charges because he did not want to fall into the “clutches of federal judiciary,” hence his reliance on the mandamus which was refused.

The court also said the United States Justice Department has indicated that the prospects for extradition of Kashamu to the US to answer the drug charges is now brighter with the extradition treaty between the US and Nigeria.

The US government is therefore optimistic extraditing Kashamu to the United States.
The court therefore held that the PDP chieftain may soon find himself in the district court in Chicago to defend the allegations against him and that his application to dismiss the charges is premature.

But inspite of this assertion, court said there are doubts an the possibility of extradition ok Kashamu to the US and his present status in the Nigeria economic and political life.

“Kashamu remains in Nigeria, living openly, a prominent businessman and a politician belonging to the ruling party. Although the United States has an extradition treaty with Nigeria, our government has made no effort to extradite him,” the court noted.

Kashamu was charged in an indictment returned by a federal grand jury in Chicago, along with thirteen other persons, with conspiracy to import and distribute heroin into the United States in 1988. He could bagged a life sentence if found guilty.