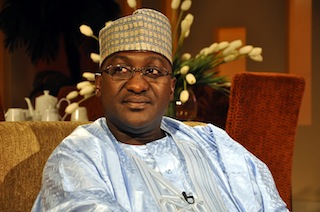 The Federal Government has appealed to financiers of the Boko Haram insurgents to desist from sponsoring the terrorists and surrender to security forces as some members of the sect had done recently.

Mr Mike Omeri, the Coordinator, National Information Centre, made the appeal in statement issued on Tuesday in Abuja.

The statement which was signed by Omeri, said that there was no wisdom in fighting against ourselves.

“They (terrorists) should know that this war can never be won by them,” he said.

Omeri reiterated the resolve of the government to rescue all persons and communities traumatised by the insurgency, adding that there were concerted efforts to restore normalcy to those communities.

He commended Nigerians for their support and cooperation with the security forces, saying this was responsible for the successes so far recorded in the campaign to end insurgency.

The coordinator said that intense fighting was currently going on in parts of Adamawa, especially in Michika and Bazza among other areas to flush out the insurgents.

He said that security forces had been recording tremendous gains in recent weeks.

Omeri noted that the security awareness programme put in place by the federal government was responsible for nationwide hitch-free celebration of the 2014 Eid-el-Kabir.