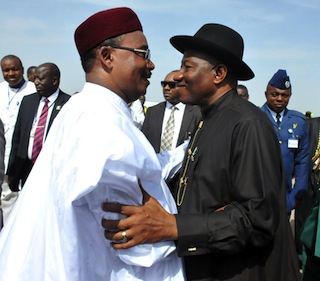 A regional force put in place to counter the Boko Haram jihadist group in Nigeria will start operations in November, West African leaders decided after a summit in Niger on Tuesday.

The leaders agreed to speed up the creation of a headquarters for the force and have military battalions deployed “to our respective borders” by November 1, the heads of state said in a joint statement.

The new headquarters for the force is now due to be completed by November 20, the leaders added.

The announcement followed a day of talks between the leaders of Nigeria, Niger, Chad and Benin, and the foreign minister of Cameroon.

“After gaining independence, the survival of our countries has never been so threatened by the menace of terrorism, by the forces of division and by organised crime,” said Niger’s President Mahamadou Issoufou who hosted the summit.

In July, Niger, Nigeria, Chad and Cameroon had each pledged 700 soldiers to create a multi-national force to fight the Nigeria-based group, which has killed more than 10,000 people since 2009.

The militants are thought to be in control of more than two dozen towns and villages in northeastern Nigeria. Nigeria’s military has struggled to meet a vow to retake all lost ground as part of an offensive launched in May 2013.

In May, African leaders agreed at a Paris summit called by French President Francois Hollande to cooperate against the group through a slew of measures including joint border patrols and intelligence sharing.