Ngilari sworn in as Adamawa governor, appoints chief of staff 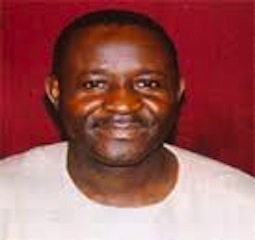 Former Adamawa Deputy Governor, Mr Bala Ngilari, was sworn in as the substantive state governor on Wednesday in Yola.

Ngilari was sworn in at Government House by the President, Customary Court of Appeal, Justice Audu Lagre, following an order by a Federal High Court, Abuja, that the Acting Governor, Ahmadu Fintiri, should vacate the office.

The court held that Ngilari did not resign from office as Deputy Governor in line with section 306 (1) (2) and (5) of the 1999 Constitution as amended.

In his address after taking oath of office, Ngilari said he would run an open, transparent and all-inclusive government.

“In this regard, I invite other arms of government, in particular the legislature and judiciary, not forgetting the civil service, to join hands with me to achieve these noble goals.

“As a party man and a team player, I pledge my unalloyed support and loyalty to our great party and Mr president, ” Ngilari said.

He described his emergence as an act of “God who gives power to who ever He chooses”.

“We acknowledge the divine power of God in all that happened. The holy books of both religions subscribe to the fact that power belongs to God and He gives it in trust to whosoever he wills,” Ngilari.

NAN reports that many dignitaries, comprising those of PDP and APC, graced the swearing in ceremony.

In his first official function, the governor announced the appointment of Mr Chubado Tijjani as his Chief of Staff.