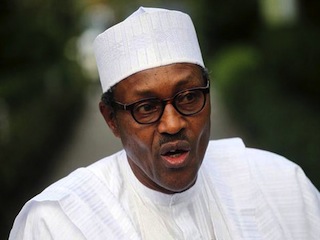 Former head of state, General Muhammadu Buhari, has called on the people of Rivers state to support him in his quest to contest the 14 February 2015 presidential election in furtherance of his drive to secure Nigeria and its people as well as guarantee the future of the coming generations.

Buhari spoke at Government House, Port Harcourt on Tuesday when he invited Governor Rotimi Amaechi and his supporters to join him at his formal declaration to contest the 2015 presidential election.

In his response, Amaechi praised the principles of Buhari, who is expected to formally declare his presidential ambition on the platform of the All Progressives Congress, APC, at Eagle Square, Abuja.

Amaechi commended Buhari for his qualities in a country where politics is bedevilled by tribal sentiments, saying “those who describe you as a religious bigot do not know you. Frankly, I used to think that way when I was in the Peoples’ Democratic Party, PDP, but all that changed when I joined the APC and had the opportunity to relate with you very closely. You are a politician that is truly detribalized in the true sense of the word”.

Amaechi further explained: “I remember the question you asked me while we were discussing the problems of Nigeria and the erroneous impression some people have about you as a religious bigot. And you asked me: how can you and Obasanjo had been tribalistic at the time both of you served in the Nigerian Army? Having related closely with you politically, I can say confidently that you are a nationalist and detribalized Nigerian”.

Governor Amaechi then pointed out that: “The problem that you have in politics which I have come to observe, is that those who managed your image in the past did not manage it properly. They allowed the erroneous label of you being a religious bigot to stick. Let me take myself for example, if you accuse me once, I accuse you 20 times and then go to the media to tell them my own side of the story”.

“As you can see, most of those who have come to welcome you to government house are Christians. The percentage of your supporters in Rivers State who are Muslims are not more than 10 per cent. So, you can now see that the majority of your supporters here are non-Muslims. It is evident that your support base in Rivers state is not based on tribal sentiments. As for us, you are a detribalized Nigerian nationalist”.

Amaechi emphasized: “Now, you know that Christians like you. I hope that before the elections, you will have the opportunity to interact with many more Nigerians to enable them get to know you better and appreciate the ideals that you canvass and represent. We know that you want the best for Nigerians”.

Former National Chairman of the PDP, Chief Audu Ogbeh, stated that he and other prominent Nigerians were working with Gen. Buhari because of their conviction that he has the ability and capability to re-invent Nigeria and reverse the negative direction in which the country is heading.