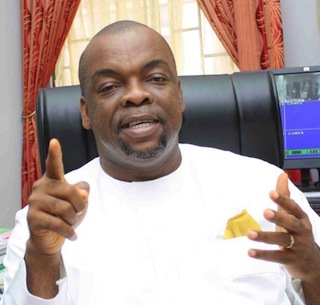 The outgoing Labour Minister, Mr Emeka Wogu, says he has repositioned the ministry for effective service delivery in crisis resolution during his tenure.

The minister said this on Saturday in Abuja in a statement signed by the Deputy Director of Press in the ministry, Mr Samuel Olowookere.

The statement said Wogu made this known during while handing over the affairs of the ministry to Dr Clement Illoh, the Permanent Secretary in the ministry.

The statement also stated that Wogu commended the management and staff of the ministry and its parastatals for their support in the implementation of the labour-friendly transformation agenda of the present administration.

It said that Wogu’s voluntary disengagement as minister was in pursuit of higher political career in Abia where he desired to serve the people of the state as a governor.

It stated that the outgoing minister had made key achievements in the articulation of national policy on labour and its approval by Federal Executive Council, among others.

The statement said that Illoh, in his response, commended Wogu for implementing programmes that were targeted at women and youth development by employing more than 150,000 people.