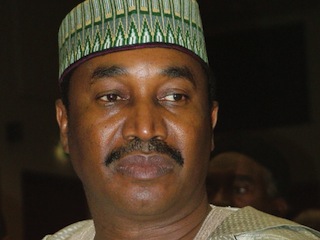 More than 150 football clubs will participate in the 2014 Gov. Ibrahim Shema Unity Cup Competition scheduled to begin on 1 November in Katsina, an official said on Tuesday.

The official, Alhaji Ayuba Umar, who is the competition’s Co-ordinator, while briefing newsmen on the preparations said the event would hold at the Katsina Township Stadium.

“All necessary arrangements are in the pipeline with a view to staging a successful and hitch-free tournament,” he said.

Umar said the competition’s Organising Committee was also ready to do everything possible towards ensuring the success of the event.

He however called on the participating clubs to co-operate with the organisers in order to achieve the desired goal.

“I can assure that the organisers are ready to ensure free and fair officiating throughout the competition,” the Co-ordinator said.

He expressed appreciation to the Katsina State Government for its unflinching support for the competition.

NAN reports that the state’s Commissioner for Youths and Sports, Alhaji Aminu Safana, is expected to declare the competition open on 1 November.