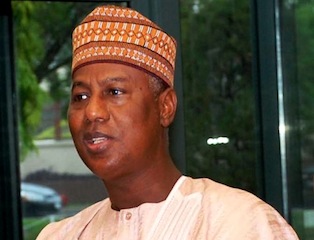 Governor Sa’idu Dakingari of Kebbi has appointed Alhaji Garba Kamba as the new Secretary to the State Government (SSG).

This was disclosed in a statement signed by the Chief Press Secretary to the State Governor, Alhaji Abubakar Muazu, issued to newsmen in Birnin Kebbi on Tuesday.

The statement said the appointment was with immediate effect.

It said the appointment followed the resignation of the former SSG, Alhaji Nuruddeen Kangiwa.

It said Kangiwa resigned his position to enable him contest for a seat in the National Assembly to represent Arewa Federal Constituency in the state.

The statement quoted Gov. Saidu Dakingari as commending the former SSG for his loyalty, commitment and dedication to duty.

He implored the new SSG to handle his assignment with diligence and loyalty.

NAN reports that Kamba, a retired major in the Nigerian Army, served in the same capacity between 2007 and 2011.