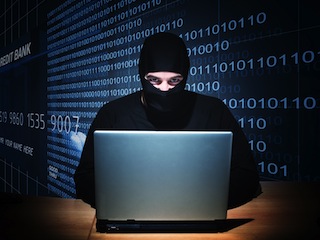 Hackers are increasingly targeting mobile phones to get into bank accounts of victims and steal money, security researchers said Tuesday.

A report by Kaspersky Labs with Interpol found that 60 per cent of the malicious programs targeting Android devices between August 2013 and July 2014 were designed to steal money or banking credentials.

The report focused on Android, which accounts for roughly 85 per cent of the mobile device market and 98 per cent of mobile malware.

Just like other online operations, hackers are moving into mobile because more users access the Internet from these devices.

“It is easy to understand why cybercriminals create so many malicious programs targeting Android devices: these days, smartphones are increasingly often used as a tool to pay online for merchandise and services,” the report said.

“Apps can be installed through Google Play as well as third parties such as Amazon App store. Third party apps pose a security threat to users who enable the installation of apps from unverified sources. These unverified packages may carry malware that would be installed on a device without the user’s permission or knowledge.”

Over the 12-month period, the users surveyed reported some 3.4 million malware detections. The number of monthly attacks increased tenfold from August 2013 to March 2014.

The report said the biggest growth is coming from “Trojan-Banker” and “Trojan-SMS” malware that allow hackers access to bank accounts.

“A successful Trojan-Banker infection can give a fraudster access to all of the victim’s money, while a Trojan-SMS needs to infect dozens or even hundreds of devices to show a worthwhile profit,” said Kaspersky analyst Roman Unuchek.

The report comes amid growing interest in mobile payments, allowing consumers to use their phones to pay at participating stores.