NSE market indicators up by 0.29 per cent 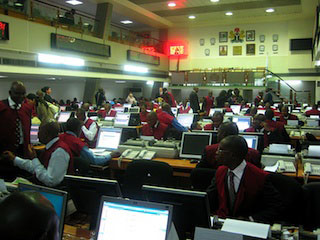 Transactions on the Nigerian Stock Exchange (NSE) ended on impressive note on Tuesday with the market capitalisation appreciating by N37 billion or 0.29 per cent.

NAN reports that the market capitalisation closed higher at N12.803 trillion from the N12.766 trillion recorded on Monday.

Mansard Insurance emerged as the most traded stock, accounting for 100.08 million shares worth N300.156 million.