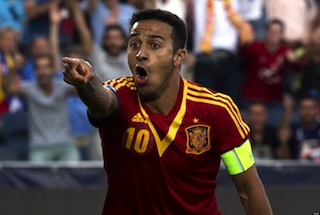 Bayern doctor Lutz Hansel was part of the team which carried out the surgery, which went ahead “without complications”, the club added.

The 23-year-old suffered his second major injury in less than a year, having torn ligaments in the same right knee last March.

However, shortly after returning he broke down again and now faces another lengthy spell on the sidelines.

The Spanish international, who has won five caps, joined Bayern in the summer of 2013 but has played just 16 matches for his new club.