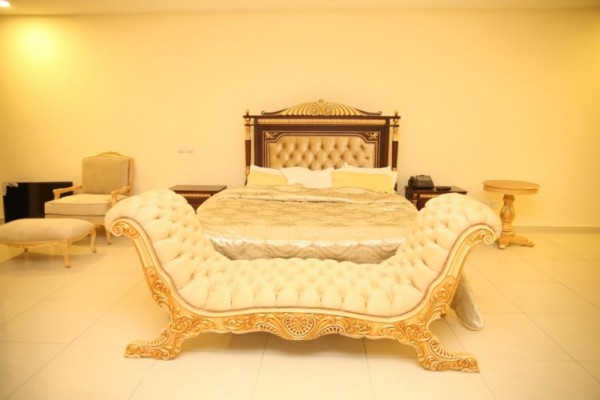 Governor Ayodele Fayose has opened the interior of the new Ekiti Government House to the cameras, to show the world the ‘expensive’ taste of his predecessor, Kayode Fayemi.

Among the items on show were the beds for the ex-governor and his wife that the new governor said cost the state N50million.

The governor also complained about the overall cost of the lodge, which he put at N3.3 billion.

You be the judge yourself whether the old governor went overboard in furnishing the state house.