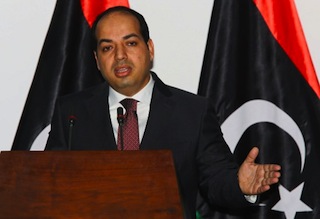 Lebanese troops attacked Islamist gunmen holed up in the historic market of the northern city of Tripoli Saturday, after deadly clashes rocked the longtime tourist attraction, an AFP correspondent reported.

A civilian caught in the crossfire and a gunman were killed, while nine soldiers, eight civilians and six militants were wounded, in fighting that broke out in the city’s souks late Friday, a security official told AFP.

It was the first time since the civil war in neighbouring Syria erupted in 2011 that violence had spread to the market in Tripoli’s historic centre, which is on the shortlist for possible selection as a UNESCO world heritage site.

Elsewhere in northern Lebanon, a clash broke out in the Akkar region near the Syrian border, after unidentified gunmen tried to cut off a main road.

Troops killed two militants in the fighting, the army said, adding that the road had been reopened.

The fighting came nearly three months after a battle in eastern Lebanon between the army and jihadists from Syria’s Al-Qaeda branch and the Islamic State (IS) group.

It broke out after gunmen attacked an army patrol Friday in the Khan al-Askar area, near the heart of the coastal city, wounding four soldiers.

The gunmen then took up position in the market’s narrow alleyways and, after a night of heavy fighting, the army launched an assault.

One of the wounded civilians is a journalist working for a Lebanese newspaper.

The security official said most of the militants were believed to be Lebanese.

“Some of them are Islamists, while others are wanted thugs,” he told AFP.

Relative calm was restored Saturday afternoon, after a humanitarian truce was mediated by local charities, in order to allow civilians trapped in the market to flee, said the official.

The AFP correspondent saw dozens of civilians, among them children, walk out of the strife-torn area.

But others remained trapped in the neighbourhood.

“We are stuck between the army and the gunmen,” resident Motassem al-Masri told AFP by telephone.

“My brother is wounded, but the Red Cross is unable to enter the area. We are begging the army to let us out,” said Masri, adding that he could see gunmen on the street.

The AFP journalist said the market area was completely surrounded by the army, and that snipers were positioned on the rooftops.

He had earlier heard shelling and heavy gunfire as the army launched its assault.

Masri said “some people are fainting because of the thick smoke rising from the flames.”

Tripoli has seen repeated clashes between Sunni militants sympathetic to the rebels in neighbouring Syria and Alawites who back the Damascus regime.

Islamist gunmen in the city have also carried out multiple attacks against the army. They accuse it of cooperating with Shiite militant group Hezbollah, which has sent thousands of fighters to Syria to support President Bashar al-Assad’s forces.

In a separate development, the army confirmed it killed a Lebanese army deserter who had announced his defection in an online video, during a raid on Thursday in the Dinniyeh area north of Tripoli.

The army also arrested an IS recruiter and a second deserter from the army.

Dominated by Damascus for 30 years until 2005, Lebanon is still deeply divided into pro and anti-Assad camps.

Most of the country’s Sunnis support the anti-Assad revolt, while most Shiites back Assad ally Hezbollah.