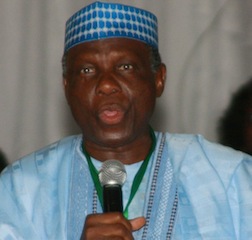 No fewer than 96 students from 16 states of the federation would participate in the 54th Presidential School Debate starting on Monday.

Prof. Jerry Agada, Chairman of the debate board and a former Minister of State for Education, made this known at a news conference on Sunday in Abuja and said that the programme would end on Thursday.

Agada attributed the delay in organising the event to recent outbreak of Ebola Virus Disease (EVD) in the country.

He said that participants in the debate were selected from the six geo-political zones in the country.

“The students just took part in a debate in Bangkok and in some other countries. Though we were not among the first three countries, we were among the best countries that participated.

“We are proud of our Nigerian students; we have done this in some countries and would like to do it in Abuja this time for our people to see,” he said.

He explained that the debate was part of effort the government to stimulate reading culture in the children. “This can also help them have the capacity to tolerate one another’s views wherever they find themselves.

“It helps to integrate unity among the children,” he added.

Agada urged education authorities in the country to make the curriculum of the debate compulsory in schools.

He recalled that “Bring Back Book Project” was one of the first agenda of President Goodluck Jonathan on assumption of office.

“I believe this is part of the president’s transformation agenda, which every sector must work hard to achieve,” he said.

He explained that only states whose schools qualified would participate in the debate, stressing that the exercise was not a political affair where all the states would be expected to participate.