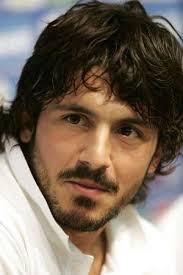 Gattuso, 36, made the announcement at a press conference following his side’s 3-2 home defeat to Asteras Tripolis in the Greek Super League.

The loss by OFI left the team deadlocked in ninth place in the standings with nine points in seven matches.

“It is very difficult for me to continue this experience. I put all my passion and all my strength for the team. But I’m not the president to solve the problems of the club. My job is football. I feel bad and sad, but I cannot continue,” Gattuso said.

He said he was leaving OFI “because I love the team and I cannot lift on my shoulders the entire burden of the team.”

“I feel very sad because I spent four amazing months. I’m in an amazing city with amazing people with a great atmosphere. But my job is a coach and I feel that the players do not believe in me. It is a very difficult and frustrating time,” Gattuso added.

Gattuso has previously had brief spells as a coach with Swiss side Sion and Palermo in his homeland.

During his playing career, Gattuso won 73 caps for Italy and helped them win the World Cup in 2006. He also played for Perugia, Scottish side Rangers, Salernitana and AC Milan.