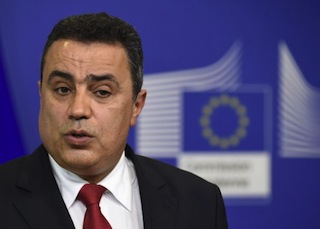 Tunisians were voting Sunday in an election seen as pivotal to establishing democracy in the cradle of the Arab Spring uprisings, with security forces deploying heavily to avert extremist attacks.

The North African nation has been hailed as a beacon of hope compared with other chaos-hit countries like Libya and Egypt where regimes were also toppled.

But its transition has been tested at times by militant attacks and social unrest.