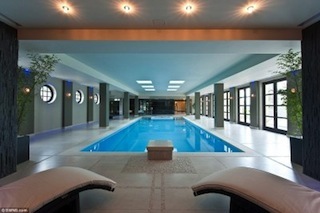 Nigeria’s super rich have emerged the biggest spenders among Africans on the booming British property market, spending an estimated £250million on London homes in the last three years.

The Mail Online reported today that Wealthy African buyers are spending almost £4million on London property every week as they look to snap up exclusive investments in the UK.

The Mail mentioned Aliko Dangote, a Nigerian business magnate who, with a £16 billion fortune, is Africa’s wealthiest man.

Folorunsho Alakija, a billionaire oil tycoon, fashion designer and philanthropist from Lagos,was also mentioned among the big investors in the London property market.

Alakija was reported to have recently bought four apartments in One Hyde Park, described as the super-exclusive development in Knightsbridge.

Mail Online said altogether, Africa’s Super-rich oligarchs are taking their vast resources and investing them in the safe haven of London property – with more than £600million spent in the capital in the past three years.

Gary Hersham, managing director of Beauchamp Estates, revealed he has had three super-rich Nigerians enquiring about homes in the past week alone. This is despite the average person in Nigeria earning just £850 per year.

He said: “I’ve had an upturn in African buyers over the last few months. The situation in West Africa at present is pushing rich African buyers back into Central London at a significantly higher level than is normally experienced.

“While war, disease and terrorism in West Africa grab media headlines, actually for super-rich Africans its domestic wealth, cultural ties to London, general safety and education for their children that are the key attractions for buying a home in central London”.

Mr Hersham said these super-rich look to buy property in the ‘platinum triangle’ which is made up of Mayfair, Belgravia and Knightsbridge. 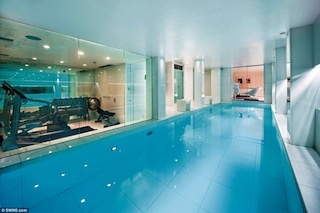 Around 80 per cent spend between £15million to £25million on a residential property, with ten per cent spending more than £30million.

If they are not buying, they are renting luxury homes for up to £15,000-per-week and staying for between six weeks and three months per year.

“Nigerians have been long standing property purchasers in the central London market, going back to the early 1980s, said Hersham.

“However, in the 1980s and 1990s they typically purchased houses in North London, in Hampstead, St Johns Wood and Primrose Hill.

“Now, enhanced wealth has enabled them to move into the ultra prime market in Mayfair, Belgravia and Knightsbridge, and have been joined by affluent purchasers from other West African and French equatorial states”.