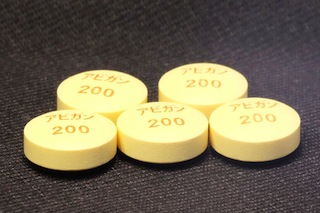 Fujifilm said Monday it would buy a US vaccine maker as the Japanese firm boosts its supply of an experimental Ebola drug to help stem the spread of the virus.

The deal would see Fujifilm take a 49 per cent stake in Kalon Biotherapeutics, with plans to buy the whole company “in the future”, the company said, without supplying financial details.

Japan’s leading Nikkei business daily said the acquisition would be worth several billion yen (tens of millions of dollars).

Kalon, established in 2011 by the State of Texas and Texas A&M University as a contract maker of biopharmaceutical products, can safely handle and produce vaccines against deadly pathogens, including anthrax, Fujifilm said, as it looks to further tap the health sector.

Fujifilm said last week it would increase its stock of Avigan, which has been given to several patients who were evacuated from Ebola-hit West Africa to Europe.

The firm said it has enough Avigan tablets — approved as an influenza drug in Japan — to treat 20,000 people and enough of its active ingredient for 300,000 treatments.

Some research papers report that Avigan has been effective in testing with mice, the company said.

The governments of France and Guinea are planning to conduct clinical trials with Avigan in mid-November.

Like some other major Japanese firms, Fujifilm, once among the biggest makers of camera film, has been transitioning into new sectors as it traditional business suffers.