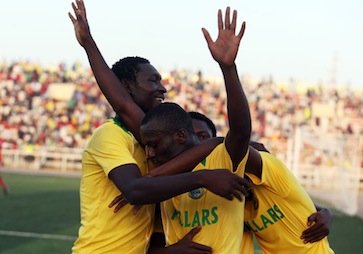 The match, which was played at the Kano Pillars Stadium, was watched by a large number of spectators NAN reports.

Pillars’ striker, Moses Akpan, opened the scoring chart in the 27th minute before Mathew Ifeanyi equalised for Elkanemi in the 28th minute of the entertaining encounter.

Hassan Adamu, however, doubled the lead for Pillars in the 31st minute to take his season tally to 13 goals.

Murtala Adamu scored in the 82nd minute with a header to the admiration of the cheering home fans.

All efforts by the visitors to equalise proved abortive, as the home side remained dogged in their determination and in the end won the maximum points.