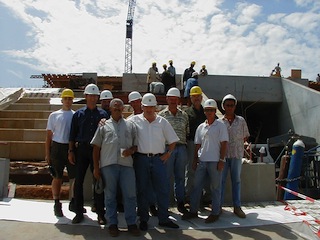 Gunmen have opened fire on two vehicles carrying German nationals in southwest Nigeria, with one killed at the scene and another abducted, police and the construction firm Julius Berger said Monday.

“A bullet hit one German and he was confirmed dead on arrival at the hospital, while the hoodlums abducted another German”.

A Julius Berger spokeswoman in Nigeria said the two were travelling in two separate vehicles, without their security escort.

Kidnappings targeting foreigners are common in the southern part of the country, with the hostages often released following a payment.

Foreigners have also been abducted in the north in attacks seen as linked to Boko Haram’s Islamist uprising.

The Julius Berger spokeswoman said the company was working with local authorities to secure the hostage’s release.

A German national was kidnapped in July in northeastern Adamawa state, one of the areas under a state of emergency because of Boko Haram attacks. His whereabouts and condition remain unknown.