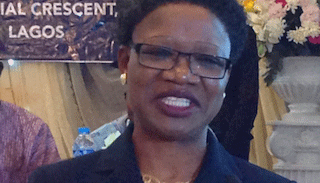 The Pension Transitional Arrangement Directorate (PTAD), has assured all pensioners of clear departure from the old system of administration of pension funds which was characterised by irregularities and misconduct that subjected senior citizens to untold hardship.

The Director-General of PTAD, Mrs. Nellie Mayshak, gave the assurance in Benin City on Monday at a one-day workshop for federal pensioners, ‎in view of failures of Pension Funds managers who have not met expectations of retirerees across the country,

Mayshak said the agency was out to restore confidence of pensioners in the management of the system with a view to establishing a robust pensioners’ complaints resolution mechanism that would make senior citizens who retire under the old system have their pensions transmitted directly into their bank accounts as submitted by them rather than through a third party.

Besides, she assured pensioners of a reliable database under the Define Benefit Scheme (DSS) as well as institute a regime that has zero tolerance for corruption and fraud.

According to Mrs. Mayshak, in order to achieve all these, PTAD would introduce Information Technology to drive pension processes away from manual processes.

“We are committed to pensioners’ welfare, consultation and partnership with all critical stakeholders as well as commitment to benchmark management system processes,” she said.

She disclosed that PTAD, which came into being under the establishment of August 2013 Pension Act in compliance with Section 30, sub-section (2) of Pension Reform Act of 2014 as amended, was established to minister to pensioners under the define Benefits Scheme (DBS) for federal pensioners who retired from June 2007.

Pensioners captured in the PTAD arrangement, Mayshak said, included civil servants, federal parastatals, the Police and paramilitary (Customs, Immigration and Prisons), adding that the purpose was to pay close attention to Pension Administration and Management as a panacea for timely and effective pension payment.