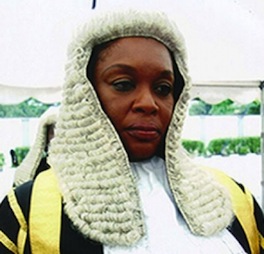 According to the NDLEA prosecutor, Mr. Abu Ibrahim, the convict was arrested on 20 December 2011, at Murtala Muhammed International Airport, Ikeja-Lagos, with 600 grams of methamphetamine, during an outward clearance of Emirates Airline flight to Malaysia, by the men of National Drug Law Enforcement Agency (NDLEA‬).

The charge preferred against him reads “that you Onyemaechi Remignus Chibuzor male, adult, on or about 20 day of December, 2011, at Murtala Muhammed International Airport, Ikeja-Lagos, within the jurisdiction of this honourable court, during the outward clearance of Emirates Airline flight to Malaysia, without lawful authority, exported 600 grammes of methamphetamine, a psychotropic substance and thereby committed an offence contrary to and punishable under section 11(b) of the National Drug Law Enforcement Agency Act, Cap N30, laws of the federation of Nigeria 2004.”

He was first arraigned on 15 March 2012, before Justice Benedicta Molokwu, now retired, and admitted on bail in the sum of N1 million with two sureties in the same like sum, after pleaded not guilty to the charge.‬

‪However, upon the retirement of Justice Molokwu, his case file was reassigned to Justice Ofili-Ajumogobia, who revoked the bail earlier granted when he jumped bail in May 22, 2014, during the trail of the case.‬

The prosecutor, during the trial called two witnesses, and tendered fourteen exhibits which includes; the convict’s statements, arresting officers’ statements, drug Laboratory Report test, exhibit forms, the seized drug, his international passport and other traveling documents of the convict, which were admitted by the court as evidence.

Justice Ajumogobia in her judgment, convicted the accused as charged, since she was convinced beyond all reasonable doubt by the evidence of the prosecution that the convict actually committed the offence, and accordingly sentenced him to ten years imprisonment with hard labour.‬