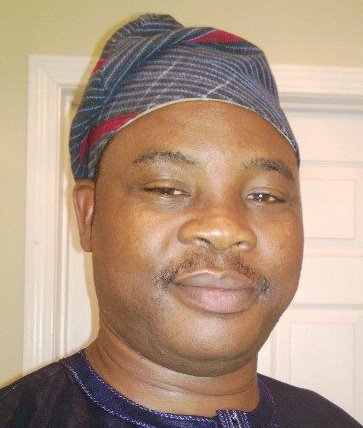 A Nigerian has sued an elementary school in Connecticut, saying his seven-year-old daughter was discriminated against and banned from school for 21 days based on irrational fears over Ebola because she attended a wedding in Nigeria.

Stephen Opayemi filed the lawsuit in federal court in New Haven, Connecticut. He asked a judge to order the Meadowside Elementary School, in Milford, Connecticut, to immediately permit his daughter to return to her third-grade class.

Opayemi’s daughter has not experienced any symptoms associated with Ebola and her health is fine, but parents and teachers were concerned she could transmit Ebola to other children, the lawsuit says.

“We’re hoping this will get her back into school as soon as possible,” the girl’s mother, Ikeolapo Opayemi, said in a brief interview at their home.

Although the mother declined to discuss details of the lawsuit, citing the advice of the family’s attorney, she said they had lived in Milford for more than six years. Asked if she was surprised by the school system’s actions, she nodded in agreement.

Nigeria had 20 Ebola cases and eight deaths this year before the World Health Organization declared the country Ebola-free on Oct. 19. The epidemic is centered in three other West African countries, where about 5,000 people have died: Guinea, Liberia and Sierra Leone.

The Connecticut third-grader, Ikeoluwa Opayemi, traveled to and from Lagos, Nigeria, between Oct. 2 and Oct. 13, according to the lawsuit. Her father, a native of Nigeria, also went.

Jonathan Berchem, the Milford city attorney, said he had not seen the suit and could not comment on it. Elizabeth Feser, the school superintendent, did not return a call requesting comment but said in an email she had not been served with the suit.

African communities in the United States have reported an increasing amount of ostracism since the Ebola epidemic began. At least two speeches by Liberians have been canceled by U.S. universities, and a college in Texas refused admission to Nigerian students over worries about the virus.

A neighbor of the Opayemi family, Prashant Batil, said his 6-year-old plays often with Ikeoluwa and that he believed the school system was overreacting.

“The parents are extremely responsible people, and if they say she does not have Ebola, I would have no reluctance for my daughter to play with her,” Batil said in an interview.

Opayemi’s suit was filed under the Americans with Disabilities Act. The law prohibits discrimination based on someone having a physical or mental impairment, or on the belief that someone has such an impairment.

Milford officials refused the father’s offer to have both himself and his daughter screened for Ebola, the suit says.

According to the suit, a city health official said in an Oct. 15 meeting that the risk of the girl infecting anyone was minor but that she ought to be quarantined because of rumours, panic and the climate of the school.

City and school officials told Ikeoluwa not to return to school until Nov. 3, the suit says.

The U.S. Centres for Disease Control and Prevention says there is little risk or no risk of contracting Ebola unless someone has been in close contact with a person who has it and who is symptomatic.

Grappling with an unfamiliar public health threat, some state and local officials have called the federal guidelines insufficient to protect Americans and have imposed tougher measures.

New York and New Jersey have insisted on mandatory quarantines for travellers arriving from Guinea, Liberia and Sierra Leone who had contact with Ebola patients.

The case is Ikeoluwa Opayemi v. Milford Public Schools and City of Milford, U.S. District Court for the District of Connecticut, No. 3:14-cv-01597.