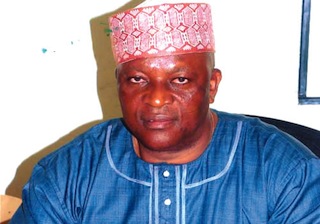 The Peoples Democratic Party (PDP) in Osun said it had endorsed one senatorial candidate, three House of Representatives candidates and two House of Assembly hopefuls.

Alhaji Gani OlaOluwa, Osun Chairman of the PDP, said this in a statement made available to NAN in Osogbo.

According to the statement, the party endorsed the candidacy of Sen. Olasunkanmi Akinlabi to vie for the Osun West Senatorial District.

The statement stated that Mr Wole OKe had also been endorsed to be the flag bearer of the PDP at the House of Representatives contest in Obokun/Oriade Federal Constituency.

For Odo-Otin/Ifelodun/Boripe Federal Constituency, Mr Kayode Oduoye got the clearance ss the flagbearer.

Mr Ismail Kolawole of Boluwaduro/Ila/Ifedayo Federal Constituency would fly the PDP flag to contest for the House of Representatives seat.

The statement stated that Mr Mayowa Adejorin would be the party’s flagbearer for the Obokun seat in House of Assembly while Mr Olusola Komolafe also got the approval to contest for Oriade state constituency.

According to the statement, others will slug it out at the party’s primaries.

OlaOluwa said interested aspirants had up till Thursday to show interest in state and National Assembly seats.