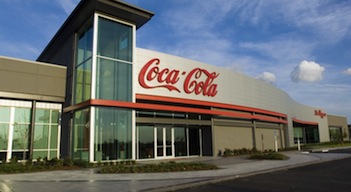 The arraignment of the Nigerian Bottling Company and Coca Coca Nigeria Limited, alongside their managing directors, Mr. Ben Langat and Mr. Adeola Adetunji respectively, before a federal court in Abuja over an alleged violation of Nigeria’s Counsumer Protection Act, has been fixed for Tuesday, 4th November following confirmation that the accused persons have been served with court papers.
Their arraignment is scheduled to hold before Justice Evoh Chukwu of Federal high court 8. Both executives risk between 3 and 5 years jail term if convicted by the court.

The Attorney General of the Federation and Minister of Justice, Mr. Mohammed Adoke, had filed a one-count charge against NBC and its Managing Director and a two-count charge against Coca-Cola Nigeria limited and its Chief Executive over the alleged infractions of the Consumer Protection law.

The Consumer Protection Council had earlier this year found NBC and Coca-Cola culpable following its findings from the administrative panel set up over a consumer complaint regarding two half-empty cans of Sprite manufactured by Nigerian Bottling Company, NBC, Limited under the license and authority of Coca Cola Nigeria Limited.

The Council’s Director General, Mrs. Dupe Atoki, had at a media briefing soon after the conclusion of the investigation, stated that while NBC cooperated by providing information to the administrative panel of investigation, Coca-Cola refused to attend and testify.

Atoki disclosed that the panel, after an extensive investigation, substantiated the allegation of product defect and a violation of the Consumer Protection Council’s Act based on which several recommendations were made and Orders thereto issued to Coca-Cola and NBC.

Both companies were directed to formulate a shelf-life policy for their products; to review their Consumer Grievance Resolution Policy; supply chain management policy, product traceability policy; and to present written assurances that they will refrain from a continuation of any conduct which is detrimental to the interest of Nigerian consumers.

The NBC and its Managing Director, Mr. Ben Langat were alleged to have committed an offence by violating the Orders of the Consumer Protection Council by deliberately failing, refusing and/or neglecting to comply with the Council’s Orders duly made and served on them and thereby committed an offence contrary to Section 21 of the Consumer Protection Council Act, Cap C. 25, Laws of the Federation of Nigeria, 2004 and punishable under the same section.

Coca-Cola and its Chief Executive, as in the case of NBC, were also charged for violating the orders of the Council by deliberately refusing to comply with the order duly made and served on them, thereby committing an offence contrary to Section 21 of the Consumer Protection Council Act, Cap C. 25, Laws of the Federation of Nigeria, 2004 and punishable under the same section