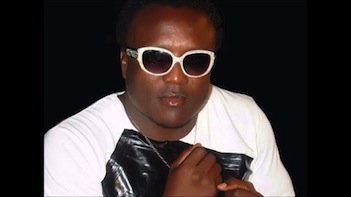 Still basking in the euphoria of his recently completed musical tour of Malaysia and South Africa, and in continuation of his world performance tour, Nigeria’s current fuji music toast, King Saheed Osupa is presently in the United Kingdom spreading the gospel of his hiphop brand of fuji music to the admiration of his admirers, fans and supporters.

Prior to the United Kingdom tour, King Saheed Osupa thrilled the Nigerian community in South Africa and Malaysia where his fans were treated to the best of fuji music amidst lots of fun, pomp and pageantry.

According to his Corporate Affairs Manager, Chief Akin Williams, Osupa gave a good account of himself and justified his kingship of fuji music. “It was a very fulfilling tour as all our fans were impressed with his performance. In view of this impressive feat, his fans and the entire Nigerian community in South Africa and Malaysia have insisted that he needs to come back for another memorable performance and experience”.

Owing to this feat and the increasing demand for another album by his fans, Osupa was said to have made a stop-over in Nigeria to kick-start work on his latest album. Williams added that “having started work on the album before leaving for the United Kingdom, Osupa will put finishing touches to the album on his immediate return”.

Continuing, Williams stated that the various successes recorded in his current world tour is a justification of King Saheed Osupa’s stronghold of the fuji music industry.

Noted and highly revered for his rich composition of lyrics, spiced with philosophical messages and blended with contemporary, appealing rhythm, Williams informed that the fuji music maestro will continue with his world tour immediately after the completion and release of his latest album after his return from the united Kingdom this week.