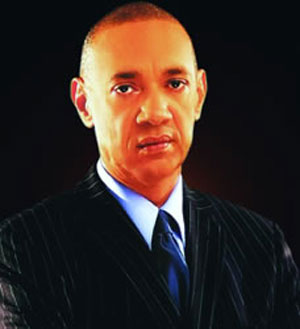 Ben Murray-Bruce, the entertainment business mogul and Chairman of Silverbird group, has promised to work toward the eradication of poverty if elected senator in 2015.

Murray-Bruce has expressed interest in running for Bayelsa East Senatorial seat on the platform of the Peoples Democratic Party (PDP).

He told NAN in Yenagoa on Thursday that his desire was to eradicate mass poverty in Nigeria as a lawmaker, using the tool of legislative advocacy. Murray-Bruce, who hails from Akassa in Brass Local Government Area of Bayelsa, said that he would deploy creative legislative skills and strategy to fight the alarming rate of poverty in the country.

“And if we fix the problem, we’ve fixed Nigeria’s problems. One of the biggest issue for me as a businessman, as a politician, is the issue of poverty.

“I have always been concerned about poverty of the masses.

“A society where there is no order, we must bring order to our society. There are too many poor people living under the bridge.

“That has to stop. If they pay their taxes, an individual will not have three private jets.

“If they pay their taxes, the poor man on the street will have a chance to make a living.

“We are here to make laws. You may consider this radical, you may consider it unorthodox, this society will explode and implode, unless politicians start thinking rationally.”

He said he had commenced working on 10 draft bills on issues of poverty and alternative sources of energy, among others, adding that he would sponsor them if elected to the Senate.