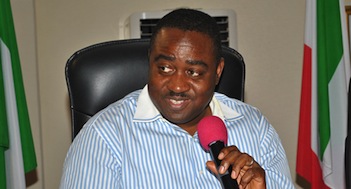 Governor Gabriel Suswan of Benue State on Friday sworn-in Mrs Theresa Shija as a high court judge in the state.

Suswan, while performing the swearing-in ceremony in Makurdi, commended the executive arm of government for providing the enabling environment for the judiciary to succeed since 1999.

He said that the judicial system in Benue had performed beyond expectations at national assignments and at trying moments.

“We are proud of you because you have never disappointed us.

“All the judiciary stuff, especially the judges, have faithfully served the country and kept very high standard for the younger generations to follow,” he said.

Suswan appealed to the new judge to be loyal, diligent and honest in the discharged of her official duties.

Shija promised to serve with honour and dignity.