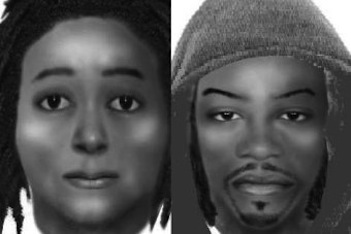 Sketches of the killers of Meyiwa. One of them charged today

A suspect appeared in court on Friday over the slaying of South African football captain Senzo Meyiwa, whose murder during a robbery shocked the nation, police and prosecutors said.

Twenty-five year old Zenokuhle Mbatha — the first suspect to be arrested in the killing of the soccer star — was charged with “murder and armed robbery”, National Prosecution Authority spokesman Nathi Mncube told AFP.

Mbatha was arrested after he was positively identified by some witnesses during an identity parade after police released identikits.

“It was decided that this person should be arrested and charged,” police spokesman Solomon Makgale said in a statement.

He appeared in court Friday afternoon and was remanded in custody until November 11 to allow him time to apply for legal aid.

Meyiwa was gunned down last Sunday by an intruder while visiting his pop star girlfriend’s home some 30 kilometres (20 miles) south of Johannesburg, before making off with a cell phone.

More than 17,000 people were killed in South Africa last year, but the slaying of a popular sporting hero has stunned even this crime-weary nation.

On Thursday police denied reports that they had arrested two people linked to the murder.

President Jacob Zuma had ordered that the police to “leave no stone unturned in finding his killers” and bringing them to justice.

After many years in the shadows of national football in the country, Meyiwa had a meteoric rise to fame with the Premier Soccer league club Orlando Pirates.

The 27-year-old Durban-born talismanic captain of the national squad Bafana Bafana, led the team to victories over Sudan and Congo Brazzaville and draws with Nigeria, a country South Africa traditionally struggle against.

Meyiwa, will be buried Saturday at a special provincial shrine reserved for “heroes” in his coastal home city of Durban.

This was after Zuma declared that Meyiwa and former world 800-metre Olympic champion Mbulaeni Mulaudzi, who died in a car crash last week, be given “provincial official funerals”.

“Their tragic passing has robbed us of the talents and contribution,” said Zuma.

Zuma ordered that country’s flag be flown at half-mast in the respective provinces of eastern KwaZulu Natal and northern Limpopo on Saturday.

Crowds lined up the streets of Durban on Friday as Meyiwa’s body arrived in the city where a memorial service was attended by hundreds of mourners.

On Thursday thousands of South Africans jammed into a Johannesburg sports stadium at a combined memorial service to celebrate the lives of Meyiwa, Mulaudzi and a female professional boxer Phindile Mwelase who died last week after going into a coma following a fight.

The Africa Cup of Nations qualifier between South Africa and Sudan due on November 15, has been moved from the northeastern city of Nelspruit to Durban to honour slain captain.