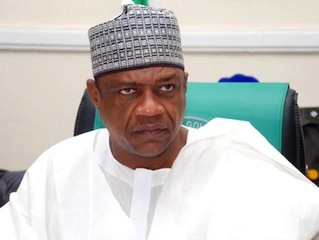 The All Progressives Congress (APC) on Saturday endorsed Yobe governor, Alhaji Ibrahim Gaidam as its sole governorship candidate in the 2015 election.

The party delegates including all members of the national and state assembly, ward, local government and state party officials, elders and supporters converged at the Damaturu stadium to endorse Gaidam.

Sen. Ahmed Lawan, representing Yobe North, said stakeholders of the party found the governor worthy of a second term in view the laudable infrastructural developments recorded across the state.

Alhaji Goni Bukar, member of the House of Representatives, said the party took the right decision for the unison endorsement of the governor for another term of office.

Similarly, Alhaji Adamu Dala-Dogo, the Speaker of the state assembly, who spoke on behalf of the state legislators, said the lawmakers supported the endorsement of Gaidam to enhance continuity.

“Yobe state under Gov. Gaidam recorded unprecedented development and there is the need for continuity and that is why we are supporting the re-election of the governor for another term,” he said.

In his address, Gaidam commended the stakeholders for entrusting him to fly the flag of the party in the 2015 election.

He commended the people of the state for the support extended to his administration in spite of the difficulties and security challenges facing the state.

NAN reports that thousands of APC supporters from across the 17 local government areas were in Damaturu to witness the formal endorsement of Gaidam as the party’s governorship candidate in 2015.