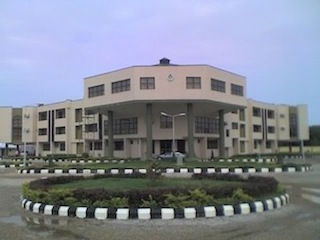 The Benue Government said it had commenced the evacuation of students from Mubi in Adamawa following the recent attack on the town by insurgents.

The Chief of Staff to the State Governor, Prof. Saint Gbilekaa, disclosed this when he received the first batch of the students from Adamawa in Makurdi on Friday night.

Gbilekaa said that out of over 400 students in Adamawa, only 17 could be evacuated in the first batch.

He explained that the rest were scattered in the bush while some were taking refuge in Cameroon.

He said that the government would intensify efforts to ensure that all the students were brought back safely into the state.

He appealed to the students who were yet to be evacuated to assist the government by coming together in groups for easy evacuation and to make contact with their friends and relatives or notify the government for action.

“The plight of our children schooling in the Boko Haram affected states is immense especially those in Mubi, Adamawa.

“Just yesterday, we were informed of the situation of our children who were able to run away from Mubi and were stranded in the bush and the governor quickly ordered for their evacuation.

“They are many but scattered in the bush, some are taking refuge in Cameroon while the 17 of them were able to come together to notify us for adequate action.

“We appeal to the ones still in the bush to try their possible best to establish contact with either their relatives or any government official to enable us come to their aid.

“The governor has resolved to evacuate all students from Mubi for their safety pending when the situation would return to normalcy,” he said.

Gbilekaa further said if the situation persisted, the government may ask for their transfer to other institutions to ensure their safety.

Ekele said that both the security personnel and the civilians were running for their lives.

“We spent three days in the bush without food, climbing mountains and running away from the insurgents. We walked over 100 kilometres before we were able to get people that helped us.

“As I am talking with you now, some students are in the bush, while others are taking refuge in Cameroun,” he said.

He commended the state government for coming to their aid within a short notice and pleaded for the rescue of others still in the bush and in Cameroon.

Christopher Alechenu, Business Administration and Management student, Federal Polytechnic, Mubi, said “there are up to 200 of Benue students the school.”

Alechenu said that the majority of the students registered with National Union of Benue Students (NUBES) while a few others did not.