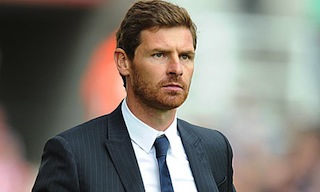 Their 10th win out of 12 games pushed Andre Villas-Boas’ side up to 32 points, seven clear of CSKA. FC Krasnodar, who play Mordovia Saransk on Sunday, sit third on 21 points.

“We have excellent players who proved their worth in the match against strong opponents.

“Of course (Ahmed) Musa and (Seydou) Doumbia created a lot of problems for us in the second half but most of the game was under our control and I’m really pleased both with the result and the play.”

Zenit got off to a lively start when Garcia put them in front in the seventh minute, sweeping home a rebound after Axel Witsel’s header off a corner struck the woodwork and bounced back into play.

Alexander Ryazantsev had a chance to double Zenit’s lead in the 16th minute but his volley from Hulk’s precise cross edged wide.

CSKA full back Sergei Ignashevich missed an opportunity to level two minutes before the break, sending the ball over the crossbar with a header following a well-served corner by Bebars Natcho.

After the interval CSKA moved up a gear, pinning Zenit back but to no avail as the guests defended stoutly threatening back on the counter-attacks, while their goalkeeper Yury Lodygin was in command of his net.

In the 62nd minute, second half substitute striker Doumbia missed CSKA’s best chance for an eqauliser as he failed to send the ball into the net with an unopposed eight-metre shot.

“We’ve lost a very important match but we have nobody to blame for it except ourselves,” CSKA manager Leonid Slutsky said.

“We acted badly in the dead ball situations in the second consecutive match and it was the reason of our defeat today.

“We had chances to score especially in the second half but missed all of them lacking accuracy in front of Zenit’s net.”