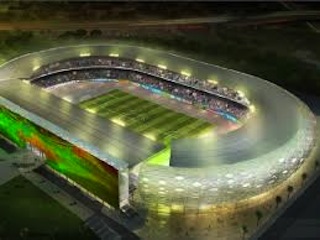 Players of the home-based Super Eagles have been told to report to Uyo, Akwa Ibom today as they begin preparation for an international friendly match for the opening ceremony of the new Akwa Ibom International Stadium, Uyo on Friday.

The players, called up by Head Coach Stephen Keshi, are to report at the Le Meridien Hotel, Uyo today. They will be led to Uyo by Gombe United goalkeeper, Chigozie Agbim with other 23 local players called up to face home-based Ghana team, the Black Stars.