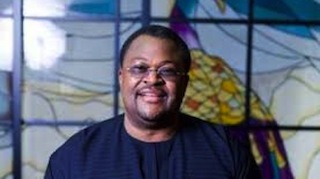 Dr. Adenuga was adjudged the African ICT Man of the Decade for his pan-African ICT investment vision, humaneness and unrivalled patriotism.

The awards promoters described Dr. Adenuga as a pan-Africanist who has put a human face to wealth creation and an investor whose vision for the ICT industry is founded “…on a tradition of changing the life of the black man. Hence Globacom has become synonymous with life-transforming investments like the Glo 1 undersea cable which has changed the way West Africans live and do business”.

As the Broadband Backbone provider of the Year, Glo 1 was cited as bringing to West Africa a more flexible and efficient work environment with guaranteed connectivity anywhere, anytime as had never been experienced before.
The leading telecoms firm was singled out for further praise for its promotion of the entertainment industry, sports and sponsorship of cultural festivals across the Nigerian ethnic terrain, hence Globacom was rated the most Subscriber friendly Operator.

“It is beyond any doubt that Globacom may have spent more than any other network in the African continent to support the customers on its network and it is fast becoming a subject of study on how a business can remain profitable while caring so much for customers,” AFRICTA added.

In giving the Fastest Growing Mobile Operator of the Decade Award to Globacom, the judges of AFRICTA said that Globacom after roll out in 2003 “grew in geometric progression, setting records that are still difficult to equal.”