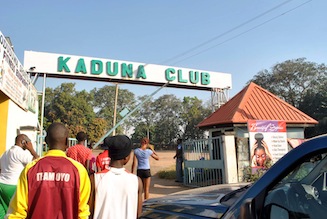 Parents attending International Tennis Academy, ITA-organised tournaments with their wards have hailed the synergy between the academy and the Nigerian National Petroleum Corporation, NNPC.

They described the partnership of both brands as the best thing to happen to Nigerian junior tennis as it has aided the discovery and grooming of young talents over the years.

In different chats with P.M. NEWS Sports at the Murtala Square, Kaduna, venue of the ongoing NNPC Junior Tennis Circuit, the parents disclosed that they are proud to have such developmental programme in the country.

Mr. Eddy Edwards, father of young tennis prodigy, MaryLove Edwards, told our correspondent that the consistency of the ITA with the various tournaments has helped popularise his daughter in the country and beyond.

“Honestly, I do not know how they do it, but the synergy between the ITA, through Mr. Kienka, and NNPC has gone a long way in developing grassroots tennis in this country.

“Just take a look at the way they go about their tournaments, such massive organisation and great planning for the kids.

“Feeding, accommodation, branded t-shirts, just name it. In fact, I can say it anywhere, he made my daughter popular, that’s the extent to which they have helped our tennis. God bless them real good,” he explained.

Another coach, who has been a keen follower of tournaments being organised by the ITA, Gabriel Abinu from Lokoja, explained that he has been an admirer of the ideologies of the Academy.

According to him, “Mr. Kienka, through the ITA and NNPC have steadily helped our tennis grow, especially with the young players.

“Look at the emergence of MaryLove, Angel, Iye Onoja, Mary Udofia, Itodo, and some other players in the seniors now, who have all come through the ranks through their tournaments.

“If it continues like this, very soon, we shall be producing the very best players from this part of the world.”
Nnenna McCleod, mother of Dubai-based Angel, also lent her voice in lauding the organisations for their partnership over the years.

The tennis player, who also coaches her daughter, said, “I think they are doing a very good job. My daughter won her first tournaments in the country courtesy of their synergy, that’s just brilliant.

“I hope their tournaments would continue for long as it can because it looks is like the only setting for Nigerian youngsters to get tennis tournaments in the country.”

The ITA Junior Circuit features young male and female players from every part of the country within ages 10 & 16 and will end on Saturday, 8 November, 2014.

Photo Captions, some of the players and parents on arrival at Handalah Hotel, and the Kaduna Club, Kaduna on Monday 3 November, 2014.