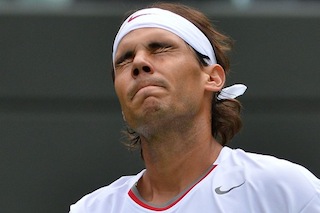 Rafael Nadal was all smiles Wednesday saying he felt fine as he left the Barcelona hospital where he underwent appendix surgery earlier this week.

“Everything went well. It was a simple, commonplace operation,” said Nadal, who went under the knife on Monday.

But the 14 time Grand Slam winner would only answer “when I’m better” on questions concerning a return to the court. The Mallorcan said before surgery on Monday he would need five weeks to recover.