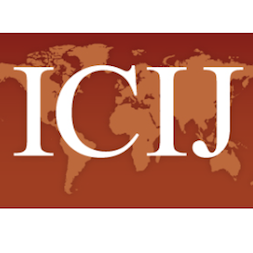 Hundreds of the world’s biggest companies have brokered secret deals with Luxembourg to avoid paying billions of dollars in taxes according to a trove of leaked documents published by an investigative journalism group on Wednesday.

The US-based International Consortium of Investigative Journalists (ICIJ) said a six-month investigation had found household firms such as Pepsi, IKEA and Deutsche Bank were among companies which had taken advantage of legal tax avoidance schemes with Luxembourg.

The ICIJ said it had reviewed around 28,000 pages of leaked documents which detailed complex financial structures that enabled companies to dramatically slash their tax liabilities.

Global accounting giant PricewaterhouseCoopers had helped the companies in question secure at least 548 tax rulings in Luxembourg between 2002 and 2010 according to an ICIJ analysis of the documents.

The documents uncovered details of Advance Tax Agreements — deals which set out how companies will be taxed.

“It’s like taking your tax plan to the government and getting it blessed ahead of time,” the ICIJ quoted Connecticut School of Law tax expert Richard Pomp as saying.

“And most are blessed. Luxembourg has a very user-friendly tax department.”

The ICIJ said its investigation had involved a team of more than 80 journalists from 26 countries working for outlets including The Guardian, Le Monde and Germany’s Suddeutsche Zeitung.

The Guardian said in its report of the investigation that the arrangements forged between the companies and the tiny EU member state were “perfectly legal.”

But it said the agreements were enabling tax avoidance on “an industrial scale.”

Other companies that benefited from the schemes included Burberry, Procter & Gamble, Heinz, JP Morgan and FedEx.

The ICIJ said some companies had been able to achieve effective tax rates of less than one percent on profits channeled through Luxembourg.

It said many cases involved Luxembourg subsidiaries of the companies in question, even if they maintained only a marginal business presence in the country. It said 1,600 companies were registered at one address alone.

The Guardian quoted US Treasury tax expert Stephen Shay as saying Luxembourg was akin to a “magical fairyland.”

“Clearly the database is evidencing a pervasive enabling by Luxembourg of multinationals’ avoidance of taxes [around the world],” said Shay, a Harvard Law School professor who gave expert testimony during a US Senate investigation last year into Apple’s tax avoidance structures.

The revelations come against a backdrop of mounting scrutiny by authorities worldwide of tax arrangements involving major firms.

Last month, the EU snagged Internet titan Amazon in a widening probe into sweetheart tax deals for major multinationals, saying they were unfair to competitors and taxpayers.

The move follows similar probes announced in September into US tech icon Apple in Ireland, coffee-shop chain Starbucks in the Netherlands, and the financial arm of Italian automaker Fiat, also in Luxembourg like Amazon.