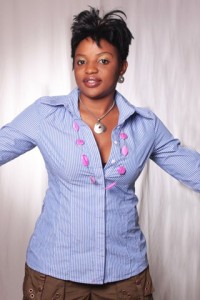 Nollywood actress, Funke Adesiyan has picked the expression of interest form to run for a seat in the Oyo State House of Assembly.

Adesiyan will be contesting under the platform of Peoples Democratic Party for the Ibadan South-East Constituency seat.

The actress showed off the nomination form on her Blackberry Messenger over the weekend to show her determination to secure the ticket.

She will be joining other entertainers like 9ice, Desmond Elliot, Bob Manuel Udokwu, Kenny Saint-Best, Dayo Adeneye, Muma Gee and others vying for political positions in next year’s general elections.