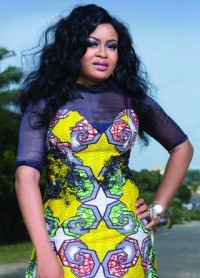 Nollywood actress Nkiru Silvanus, recently appointed Director General of the Imo State Film Academy, IFACA, has announced 14 November as the date for the official opening of the academy.

Nkiru, speaking on the project, said IFACA is not for Imo State indigenes alone but for all Nigerians.

“The entertainment industry needs more of this lofty ideas and the Imo Film Academy will create an enabling environment for film-making, train, educate and equip men for better acting. We will prepare them to be leaders of the industry, and more importantly it will all culminate into creative employment opportunities for the people in Imo state and Nigeria at large,” she said.

Nkeiru was mandated by Owelle Rochas Okorocha, Imo State governor, to set up a befitting Film Academy in Owerri, the state capital.

The actress said the academy will be situated within the Imo College of Advanced Professional Studies, ICAPS Complex, and it will train students in different categories like photography, acting, cinematography, directing, voice-over training, script writing, costume make up, set prop, lightning, continuity, screenplay, and video editing among others.