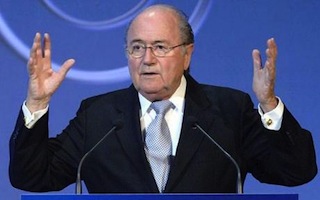 “I know that behind this success are the belief and effort of everyone involved. This is a true team victory, and all of you deserve to share in the accolades: the players and coach of course, but also the technical and medical staff, and not least, the loyal fans. The dynamism and commitment of the Kano Pillars team have enabled them to win this title for the 3rd time in succession.

“Football is proving more than ever that it can transcend traditional boundaries to become a real driver of development. It enables players at all levels to develop their individual skills, tactical understanding and personal dynamism, all the while strengthening team spirit.

“Football is truly a school for life and I am convinced that everyone, and in particular the young people of today, can benefit from playing football on both a social and personal level.

That is why I urge them all in Kano Pillars to continue their work, leading the way on this path of success. Football is helping to build a better future and I wish to thank Kano Pillars for playing a part in this.”

Pillars earned their third straight Nigerian title, with one game to play, after defeating Nembe City 4-0 in Kano in one of the matches played last weekend in the Globacom sponsored. League.