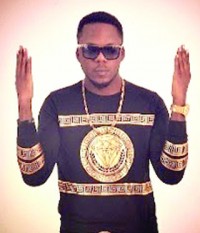 Kefchild, a new school talent, hails from a royal family of the Okun province in Kogi State, Nigeria.

He has been underground for some time, leaving no stone unturned to break into Nigeria’s competitive music industry.

Oluwa, according to Kefchild is a melodious and groovy tune, as well as a positive song that cuts across all age groups and can be rocked at religious gatherings, clubs and social events.