Nigerian, 57, jailed in UK for swallowing 83 capsules of cocaine 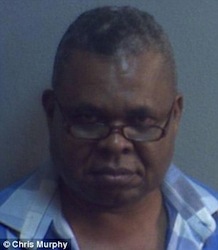 Britain has jailed a Nigerian-German after being caught trying to smuggle more than £200,000 worth of cocaine in 83 packages in his body.

Charles Ukachukwu Imoh was stopped by police at Dover’s Eastern Docks after telling officials he was visiting family in London having boarded a coach from Frankfurt.

The 57-year old, who also has a Nigerian passport, was X-rayed at hospital where 83 packages were found in his body.

He was jailed for four years which, under the UK Borders Act 2007, means he will face automatic deportation.

When tested, the drugs had a purity level of 66 per cent, and an estimated street value of more than £215,000.