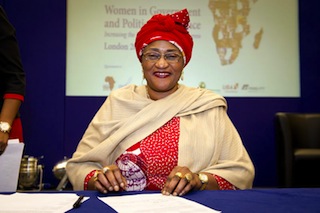 Senator Aisha Alhassan, an All Progressives Congress (APC) governorship aspirant in Taraba on Saturday advised the party to imbibe internal democracy ahead of the 2015 general elections and beyond.

Alhassan gave the advice in Jalingo while submitting her nomination form to the leadership of the party.

According to her, the party must trail the path of justice by being fair to all its members.

“APC is a great party made up of people with track records of excellence. There is no question about that.

“However, the success we have so far achieved can only be sustained if the party provides level playing field to all aspirants, irrespective of their cultural and religious affiliations.

“Whoever the people decide to be their leader, that decision must be respected. And I am ready to step down if the people say they don’t want me in the contest,” Alhassan said.

Responding, the Taraba APC Chairman, Alhaji Hassan Ardo, said the party was law abiding and would follow due process in all its dealings.

He commended the senator for picking and submitting the nomination form in Jalingo as recommended by the party.

Ardo urged other APC aspirants to emulate Alhassan’s humility for the growth and prosperity of the party.

The chairman said constructive criticisms and observations from members were always welcomed.