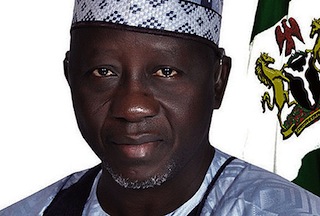 The Police in Nasarawa said on Saturday that some gunmen assassinated Mr Abdullahi Mairuwa, the Head Driver of Governor Umaru Al-Makura of the state.

ASP Ismaila Numan, the Police Public Relations Officer in the state confirmed the incident to NAN in Lafia.

“The report we got from the scene indicated that Mairuwa’s killers shot him at close range in the presence of his wife before escaping through a bush path,” Numan said.

Numan said detectives had been deployed to investigate the killing.

Meanwhile, a family source, who preferred anonymity, told NAN that the gun men had told the victim’s wife not to panic as they were to her husband alone, whom they shot twice in the chest.

He said the remains of Mairuwa had been taken to Keana for burial according to Islamic rites.

NAN reports that neither Gov. Al-Makura nor his Director of Press, Yakubu Lamai, could be reached for comments as at the time of filing this report.